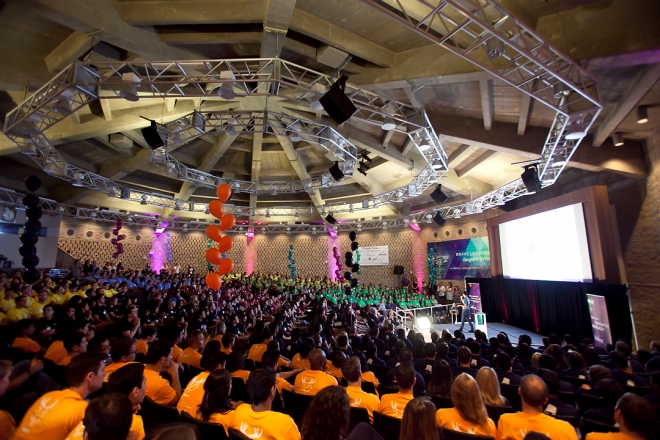 This article appeared on clearadmit.com. Read the full story here.

Before diving into the fray of finance, accounting, operations and marketing, every incoming first-year student at Northwestern’s Kellogg School of Management first spent an afternoon grappling with the question of how to live a good life.

“What do I value?” “How do I find my personal mission?” “How do I create an action plan to live a life consistent with this mission?” These considerations—not how to cut costs, gain market share or increase profits—were part of a new element introduced this year during Kellogg’s Complete Immersion in Management (CIM) Week, the stretch of days before classes start when incoming students meet each other and the school for the first time.

GET THIS RIGHT OR FORGET GETTING THE OTHER THINGS RIGHT

“This is stuff that I believe is incredibly important and if we don’t get right there is almost no point in getting all the other things right,” Rajiv explains. A self-professed “work/life balance geek,” Rajiv spent much of his 20s thinking about and researching happiness and balance, including maintaining a personal blog called “A Learning a Day,” where he shares his thoughts on the topic.

Smith, not so much. “Pretty much all throughout my 20s I was in some really fantastic jobs, but they were incredibly challenging and I was working really long hours—80 to 90 hours a week and traveling a lot,” she says. She spent a few years after college in a financial management program at GE that involved rotating departments every six months. She went into private equity after that, the first woman ever hired by her firm. “It was a really interesting experience for me, but it meant that I didn’t make time for anything else.”

The two met when Rajiv visited Kellogg for an admitted students’ weekend and immediately hit it off, so much so that Rajiv signed up for a KWEST trip Smith was leading in the Galapagos Islands before school started last fall. It was on that trip that the idea for the Good Life Sessions began to take hold.